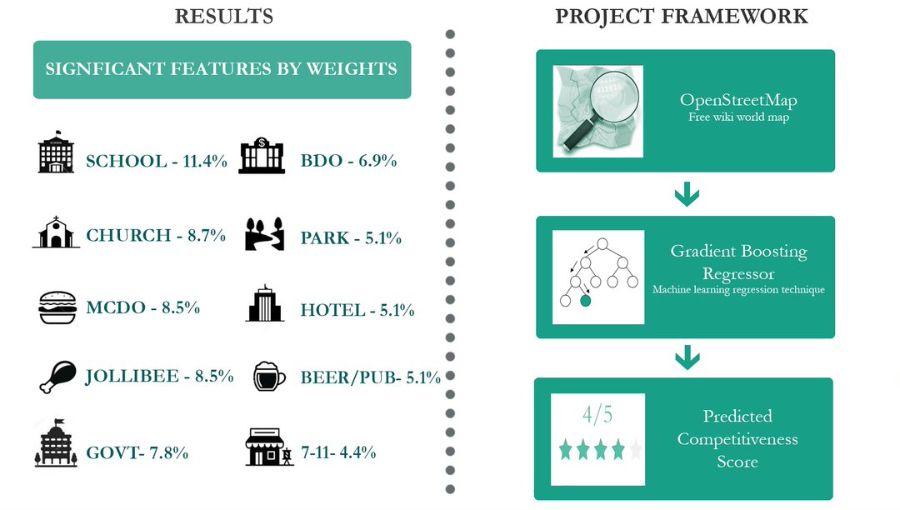 The Gradient Boosting Method was employed to predict a city’s competitiveness with a margin of error of ±5.8 (over a 100). Scenarios were examined to assess the method. Results suggest that adding private amenities have varying effect. Seemingly, amenities that appear saturated in a city have less, or even negative, impact to the city’s competitiveness. Future studies are directed to consider other amenities-related features or factors such as socio-demographic data of the locale.