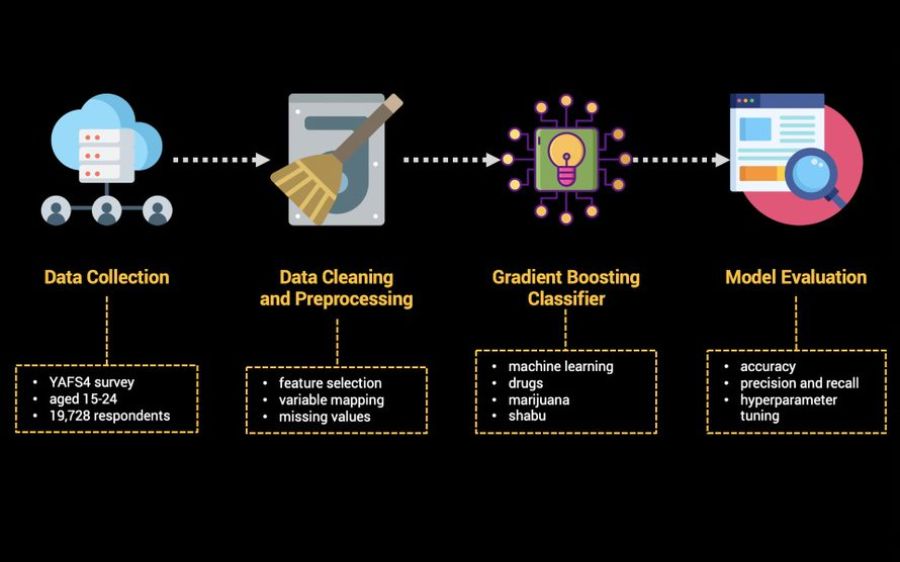 Illegal drugs are one of the most important issues in the Philippines and has destroyed the lives of innocent people because of the effects of drug abuse such as child abuse, domestic violence and criminal activity. This study aims to predict the illegal drug vulnerability of a Filipino youth using various machine learning algorithms. The dataset was sourced from the 2013 Young Adult Fertility and Sexuality Study (YAFS) with a total of 19,728 respondents.

Upon predicting illegal drug vulnerability, it was found out that Gradient Boosting Classifier gave the highest accuracy of 95.4%. Additionally, using the same algorithm, the vulnerability to a specific drug such as Marijuana and Shabu was also predicted with 79% and 70% accuracy, respectively. The top predictors for illegal drug vulnerability were then identified which were found to be smoking, exposure to pornography, and no schooling.